The editors of Car and Driver have awarded the Honda CR-V a coveted 10Best Award, honouring the all-new, built in Canada, 2023 CR-V for its rugged styling, increased interior space and sporty hybrid-electric performance. This is the fourth time CR-V has won a 10Best Award.

“The CR-V is a well-rounded package that punches way above its weight on multiple levels,” said the editors at Car and Driver. “That impression starts as soon as you close the door and start rolling, as the structure of the new CR-V immediately feels tight, hushed, and substantial. The body shell is more rigid, and there’s more sound insulation in the cowl, firewall, and instrument panel areas. Once you’re underway, the new CR-V delivers the kind of smoothness you expect from a more expensive vehicle. The steering is willing and pairs to a chassis that cuts a steady arc through turns. The interior feels rich, too, with an attractive styling theme shared with the Honda Civic, a 10Best Cars winner. The Sport models (Touring Hybrid in Canada) feature a hybrid system that delivers up to 40 mpg combined; they’re our most recommended versions of this much-recommended vehicle.”

“The all-new 2023 Honda CR-V has been improved upon in every way, from its rugged, sportier and sophisticated design to its enhanced driving appeal,” says Steve Hui, Assistant Vice President Honda Canada. “We are especially proud that the CR-V , CR-V Hybrid, Civic Sedan and Civic Si are built at Honda of Canada Mfg. plants in Alliston, Ontario, these built in Canada models join the all-new Accord at achieving the prestigious Car and Driver 10Best award this year.”

In a show of design and engineering excellence, Honda has earned three Car and Driver 10Best awards this year. The magazine’s editors also honoured the all-new 2023 Accord and the entire Civic lineup which includes the all-new 2023 Civic Type R, the most powerful car Honda has ever sold in Canada. 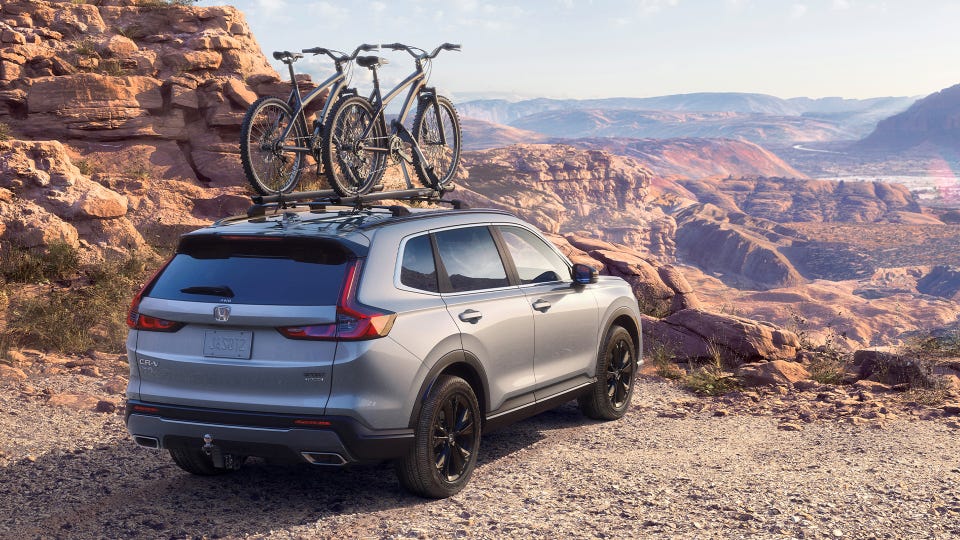 With 69 total awards, Honda is the winningest brand in Car and Driver 10Best history. At least one Honda has earned a spot on the annual list in every year since the award's inception in 1983. Accord is also far and away the most awarded vehicle in Car and Driver 10Best history, making the prestigious list an incredible 37 times, including the last 25years consecutively.

Perfect for daily life or weekend escapes, the new CR-V is available in five trim levels, including the new hybrid-powered and boldly styled CR-V Touring Hybrid, the top of the CR-V model line.

CR-V Touring Hybrid features an advanced fourth-generation two-motor hybrid-electric system that’s more powerful for a sporty and exhilarating driving experience, while also achieving high fuel efficiency. With 247 lb.-ft of torque it is the most powerful CR-V ever.

To view more of our blogs about all things Honda, please visit here.