Barrie Honda | Blog | Electric | Are You Ready for Adventures on Electric

Are You Ready for Adventures on Electric

The exterior styling of the Prologue represents the clean, simple and timeless values of the global Honda design direction, together with a long wheelbase, shorter overhang and a strong stance outfitted with a capable tire. Prologue was designed at the Honda Design Studio in Los Angeles in collaboration with a Honda design team in Japan.

“We announced a plan two years ago, positioned as a smart strategy, to co-develop an electric vehicle with GM. What will result is not just a more efficient process, but a great looking new vehicle, the Honda Prologue,” said Mamadou Diallo, vice president of Auto Sales, American Honda Motor Co., Inc.  “Our dealers are excited about Prologue and the fact that it is just the first volume Honda EV, with more Honda engineered EVs we will begin building in North America coming to market in 2026.”

Toward its global goal to achieve carbon neutrality by 2050, Honda will introduce 30 new EVs globally by 2030, with a volume of 2 million units. In North America, Honda has laid out an aggressive timeline of EV introductions based on three phases leading to 2030: 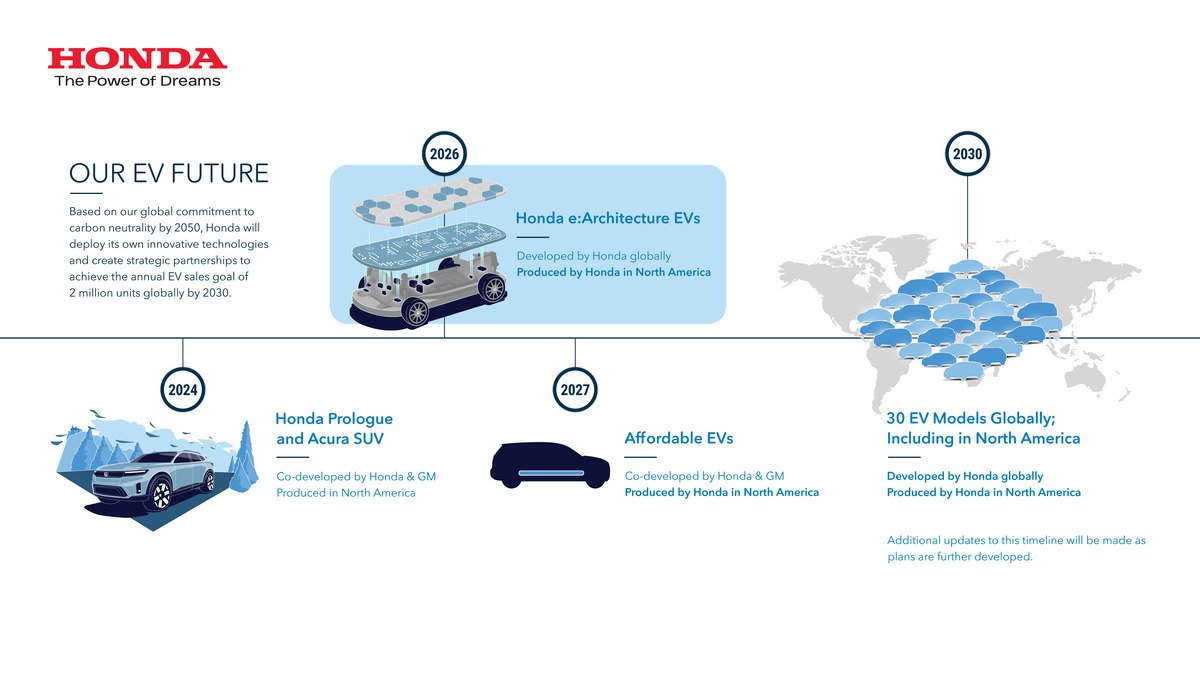 Honda also is working closely with its dealers to help them prepare to take care of customers in the new era of BEV sales and service. This includes:

For the rollout of these guidelines, Honda is taking a tiered approach with dealers based on potential EV sales in their local markets. A tiered approach will allow for dealers to determine the best timing for these investments and evolve as EV sales accelerate.